Here’s our weekly tech roundup for last week, where there was plenty go on! Next week we’ll be skipping the Tech Tuesday as we’ll be at the National Eisteddfod in Llanrwst all week, if you’re there, come and say hi! So what’s the most interesting tech news for us this week?

Following its dismal “launch” back in April, where it was actually postponed due to many screens breaking, it seems that Samsung are ready to try again. It’s first foldable smartphone will go on sale in September, following significant improvements. Whether we can actually afford it though, at just over £1600, it may be a rarity!

If you didn’t know, OpenAI work in developing artificial general intelligence (AGI). OpenAI’s goal is to ensure that this is done in a way that is safe and responsible, without the focus or influence of profit. But what does the investment mean? In general, with the investment, OpenAI will now be working to build new Azure AI for Microsoft – read more about it from Microsoft.

In an interview with BuzzFeed, Chris Wetherell who was on the team who invented the retweet on Twitter back in 2009, has likened it to “handing a four-year-old a loaded weapon”. Read the full interview here and why he regrets it.

On Facebook you can track and follow your competitors adverts, did you know? Since becoming PM (yes, we know, we’re sorry too), the Tory party has been testing many subtly different adverts across Facebook – either with different colours, different images, or different wording. It’s not unusual for businesses, companies or parties to do this, just very interesting. Could it be a good way f data gathering for a general election? 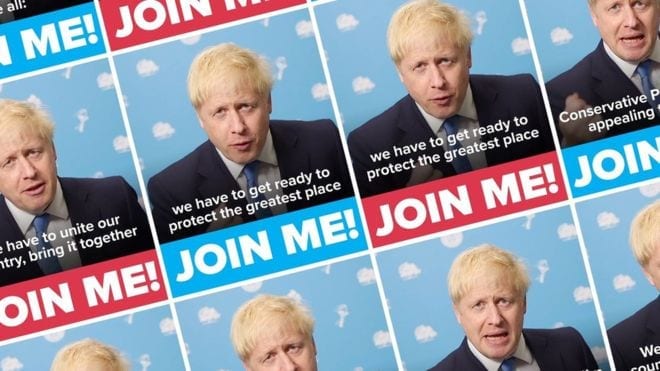 O2 finally hops on the 5G bandwagon and will be rolling out their service to major citity in October, with a further 50 cities and towns by the summer 2020. The bigger news here is that O2 won’t be using any Huawei infrastructure to do it, following a UK decision that was postponed – whether or not to ban or allow Huawei to be used in any of the UK 5G networks.