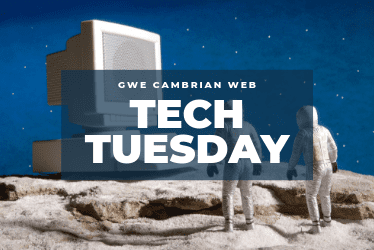 We take a look at the latest news in the world of tech over the past week. Of course the world of digital and technology is very fast paced, so we’ve cherry picked the stories to share with you this week.

Own a Rock from the Moon

If you hadn’t already known, this week the world has been celebrating NASA’s 50th anniversary of the Apollo 11 Moon landing – and we’ve been celebrating in many different ways. One way, thanks to NASA’s ARES department, is being able to have a detailed model (“research-grade”) of the first ever sample of lunar soil and rock, which was collected by Neil Armstrong during the moon landing way back when.

You can *only* do this is you have a smart phone, and visit this link. But when you do, you can really examine the 3D model in everyway possible. Cool or what!

Uber is currently testing a monthly subsciption, that will combine its taxi rides, Eats, bikes and scooters (currently being tested in America). Uber are looking to make themselves the go to option for “meals to wheels and everything inbetween”. Will it work in the UK?

We keep wondering about TikTok – at one point it was everywhere, then it dipped out of fashion. Word was, it wasn’t going to hold its ground against the major social media platforms. We even attended a conference and it was only mentioned in one evening discussion (that we missed, while we were at the other). Most of the chat during this week long conference was on advertising, blogs and Instagram.

So, it comes as a surprise to learn that TikTok is the 4th most downloaded app in the world in the last quarter. It’s now testing out new features which seem strikingly similar to those on Instagram. Is TikTok a social platform of the future? It’s certainly worth keeping an eye on it.

Wow, if you’re on Twitter then you’ve had a lot of changes and updates recently – and the news just keeps on coming. The latest testing is to make conversation threads easier to follow (those of us who do use it often know how convoluted a thread can get if people join in). The test will launch labels on notable replies – for example, if the original poster of the Tweet replies somewhere in the thread, their Tweet will have a small icon (a micophone) next to their profile picture. It’s quite reminiscent of Facebook, if you’re in a group or follow a page, you’ll have spotted these icons a while back.

Thanks for reading! While we cover tech news here, if you want to follow our social media roundup, visit us over at Digida.