The History of the Emoji 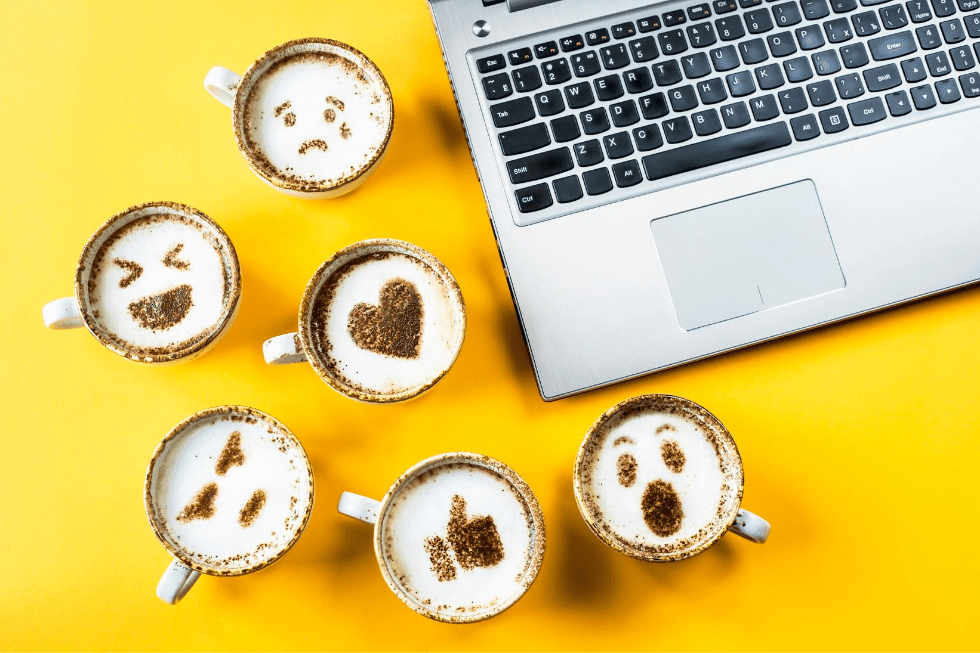 It’s World Emoji Day, which we’re absolutely loving – but where does the emoji come from? Some of us might remember its ancestor (you know, the emoticon “:-)” and “:-s” we used to use when texting, before MMS came along), but for many, emojis have just always been.

We wanted to take a look at the history of the emoji, and learn a bit more about it on this fun social media day!

So back in the 1990s, when mobiles were becoming more common, when MySpace existed and online chatrooms and forums were becoming ever more popular, we used emojis. There weren’t called emojis back then, we referred to them as “emoticons” – the 🙂 and :-/ style faces that helped us express our emotions. You could refer to them as “primitive” gestures, but nevertheless they worked when we wanted to show if we were happy, being sarcastic or simply being “meh”!

In 1998, emojis emerged. They were invented by a Japanese artist called Shigetaka Kurita for an early mobile internet platform for Japan’s main mobile carrier, DOCOMO. The first set had 176 different emojis, all of which are now a permanent collection at the New York’s Museum of Modern Art. The goal by DOCOMO was to find new ways to express information – so we have phases of the moon, different weather, emotions. For the first time, emoticons were offering a way to add emotion to your short message. Thus, the emoji was born.

Emoji quickly became popular in Japan, and was soon used by companies outside of the country, like Apply who saw an opportunity to incorpate the emoji ideals onto other platforms. In 2007, Google decided to petition to get emoji recognised by the Unicode Consortium – a group that works to maintain text standards across computers.

Eventually Unicode accepted the proposal (folllowing more support) in 2010, in a move that would make emoji accessible everywhere. Emojis were too popular for Unicode to ignore, and as such, it means that emojis are now accepted as a means of communication.

2011 saw Apple add an official emoji keyboard onto their iOS, with Android following suit (a long) 2 years later. Start saying goodbye to LOL, and hello to .

By 2019, emoji is recognised by many as an important digital language, but it does still have a way to go. It takes roughly 2 years for an emoji to go from draft to reaching your phone, which may seem like a crazy long time. This morning however, Apple have announced a whole load of new emojis which will soon be hitting the iOS. These are emojis of different colour, emojis to represent different disabilities and also genders and sexual orientation. Finally, it seems emojis will be accessible to everyone. Let’s just hope everyone else follows suit quickly!